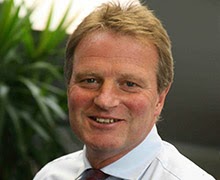 I`ve interviewed Jon Tibbs - one of the most influential PR advisers in the World of Sports - on the 2022 Winter Olympic bidding process. Jon Tibbs and his team have worked with Sochi Olympics, Manchester United and 2017 IAAF World Championships in Athletic, to mention a few, and in December his team secured a prestigious contract with ANOC (Association of National Olympic Committees).

Q: Just after IOC announced the three official candidates for the 2022 race you wrote in a twitter message that lack of candidates was due to potential bidders not using professional communication advisers. Can you explain?

A: My tweet was in response to an article in which a senior director of the IOC criticised the role of communications consultants. He suggested that consultants had provided misinformation to markets with cities bidding in the 2022 race, and linked this poor advice with cities withdrawing from the race.

My point was that no recognised Olympic communications experts were involved with the cities that withdrew: Munich, Stockholm, St. Moritz/Davos or Kraków.

I believe that had some of these cities engaged with communications experts much earlier, they could have communicated stronger and more compelling messages and developed communications strategies for winning over their local populations. It is important to point out that my company, JTA, would not have been involved in the 2022 race anyway as we secured the prestigious communications business with ANOC in December last year.

Q: What role does Jon Tibbs and other communication companies play in international sports today?
A: Companies like JTA try and take the highest-quality brand-building and communications strategies and techniques from the commercial sector and apply them in the sports sector.

We manage reputations on a global scale, largely with a B2B focus, but we also help our clients communicate effectively with their stakeholders, including fans. If we have a guiding principle in our communications it is to keep sports events about the sport.

Q: The Oslo bid was initiated by the Norwegian sports federation because they believe Olympics 2022 will be held i Europe. Is 2022 a walk over for the only (Western) European bidder?

A: Not at all, the Olympic Movement has recently shown a strong appetite to move to new markets and there is no doubt that China and Kazakhstan represent significant opportunities for winter sports federations and commercial partners. However, it is true that there is a need for the Olympic Winter Games to return to its roots in the near future. I am a big believer that if you regularly water the roots, it allows new branches to grow.

Q: The proponents of Winter Games to Oslo claim that Oslo Games will help change IOC, bring back the Games to their roots by reducing costs, put sports in focus and take away Games from totalitarian states. What do you think of this approach?

A: One of the great strengths of the IOC is its willingness to elect the Games to go to new and emerging markets around the world. Time and again the Games show the ability to help accelerate democratic change, particularly in the areas of human rights and media freedoms.

Sport in general can be a great agent of positive change and to deny an emerging nation the right to host international sports events is to close a window on to it for the rest of the world. However, as I mentioned earlier, there is a balance that needs to be struck between new markets and established ones.

It will be interesting to see how Thomas Bach’s willingness for the Games to adapt to match its host city plays out in the way the contenders for the 2022 race present themselves to the IOC over the next year. I think it will be important for all three cities to highlight the flexibility of their hosting concept and point out what makes their city – and their Games – unique.

Q: What do you think Beijing and Almaty's reactions are to such an approach?

Q: You work in countries and for organizations - that many Norwegians would say - is authoritarian (Azerbajdjan, Russia and Turkmenistan). What do you say to Norwegians (and Human rights organisations and others) who only wants Olympics to be staged in democratic countries?
A: As I said earlier, sport and the Olympic Games in particular can be major agents of positive change. Many of the countries that you refer to are fledgling democracies and the Olympic Games can accelerate positive developments and enable those countries to catch up with the longer-established democracies in Western Europe.

Q: Public opinion in Norway is very negative toward Games in Oslo - only 1/3 of the population are positive. Any idea on how to change the numbers?

A: As in any selling campaign, the audiences need to understand what the benefits are. Talking about macro-economic figures is not the answer. People need to realise how the Games will positively impact on their personal day-to-day lives, their neighbourhood and their city or the wider country.

Achieving this often requires the use of third-party advocates from previous Olympic cities where the legacy is currently being, or has recently been, realised. This strategy should include extensive use of social media groups who are armed with the correct messaging and proof points to counteract the often misinformed opinions around hosting the Games.

There are clearly some very powerful arguments for the tangible and intangible benefits of the Games to the local population. These need to be put across in a coherent argument. What we have seen is that the opponents to hosting the Games have often run more sophisticated communications campaigns than the proponents. This is an area where the IOC needs to help bid cities, and prospective bid cities, prepare their arguments better. This is an essential part of protecting the reputation of the Olympic Games.

The KantarSport survey commissioned by the IOC after Sochi 2014 was an important step as it confirmed how popular the Olympic Winter Games and the Olympic brand are for athletes, broadcasters and fans. It is important that this groundswell of public support does not just mean a temporary boost to the IOC. It needs to translate into a long-term uplift of appreciation around the world for the benefits of the Olympic Games for a city and its local population.
Lagt inn av Andreas Selliaas kl. 18:47