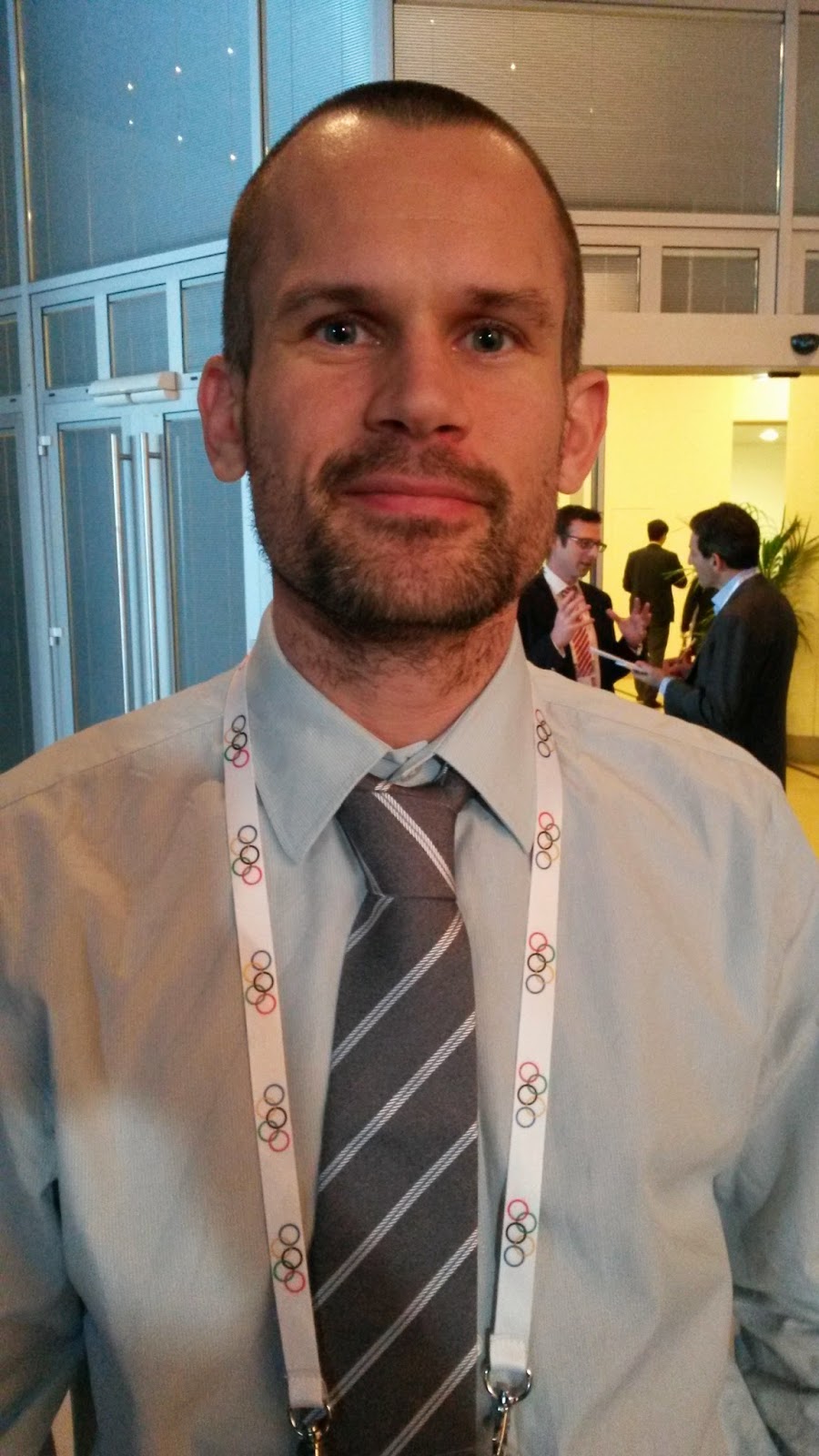 The VIP of sports 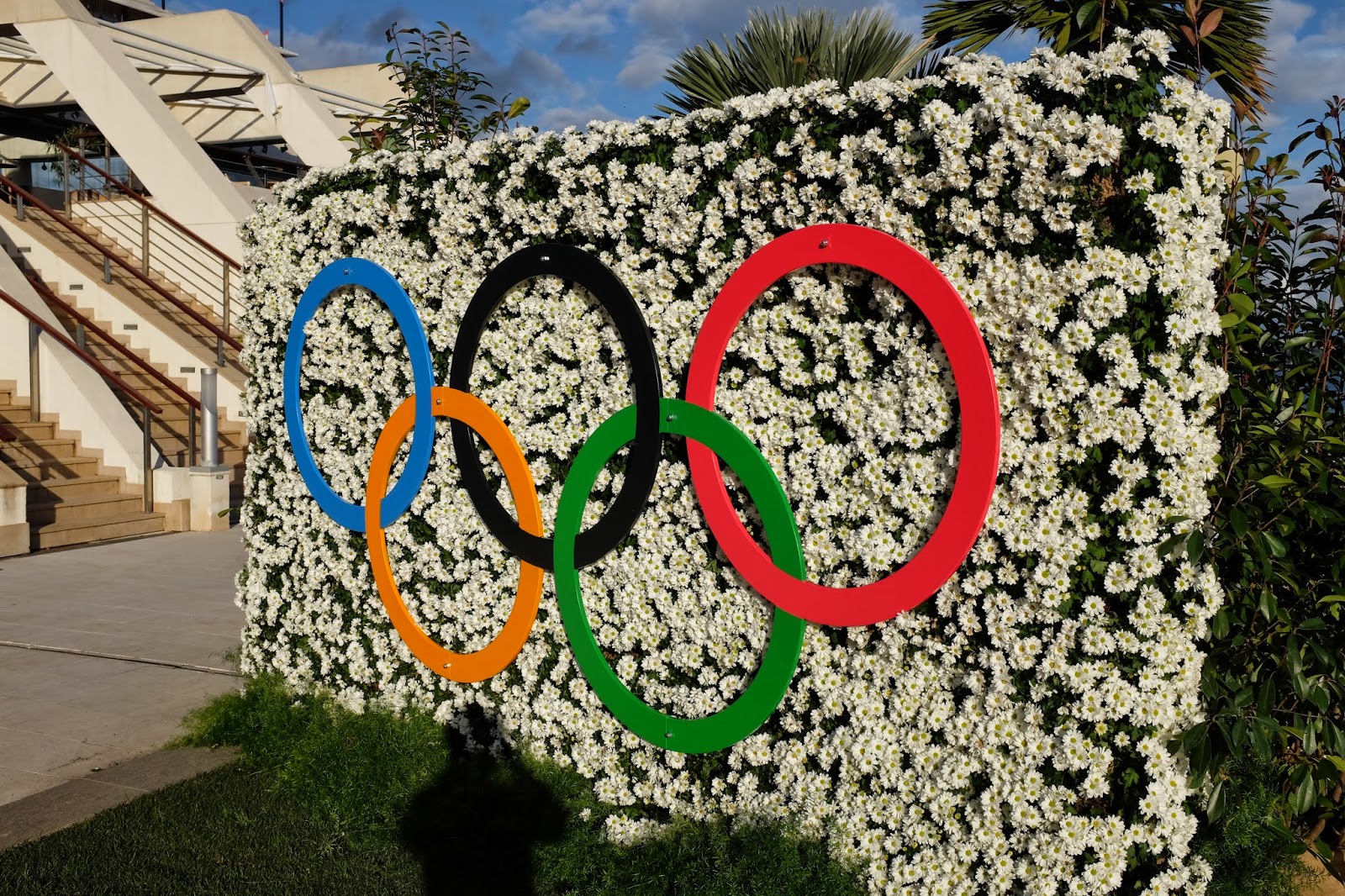 Who's first? Who’s the most important person to the world of sports, my daughter or the IOC President, Thomas Bach? Maybe a biased question, but for me an important question to have in mind when attending big sports conferences like the IOC session in Monaco.

127th IOC session. I’m at the Grimaldi Forum in Monaco attending the 127th IOC session. I’m here to cover probably the most important happening for the Olympic Movement for many years. Up for discussion is the Agenda 2020, the reform project of the new IOC President Thomas Bach. All recommendations to the reform of the Olympic Movement are boiled down to 40 – 20+20 – proposals which all are supposed to be discussed and decided upon for the next two days here in Monaco. Many committees have been at work to shape the 40 proposals, and most of them, I think, will be adopted without much debate.

40 recommendations. The document published for this occasion is called Olympic Agenda 2020: 20+20 Recommendations. This is a document covering important topics such as cost reduction of Olympic bids, the sustainability of the Olympics Games, gender equality and age limits of the IOC members, to mention a few. I’m prejudiced enough to think that the age limits of the IOC members will be the toughest part. I hope I’m wrong. As a supporter of the Olympic Games but critical to the development of the Olympic Movement the past decade, I hope that this session not will be about the privileges of the IOC.

Modesty in Monaco. For me Monaco is a strange venue to host the IOC session when discussing cost reductions and modesty of the Olympic Movement. Everywhere I go I see Ferraris, cruise boats as big as military ships and luxury, luxury, luxury.

Little debate? The IOC has to reform and the atmosphere here in Monaco is positive. Most of the people I talk to think most of the proposals will be adopted without much debate. The question now is what will happen after these sunny days in Monaco. Even if literally everybody has been invited to propose changes to the Olympic Movement – I’ve heard that 40.000 proposals were sent in – the IOC has been criticised for closed discussion on the selection of topics and formulation of proposals. Even if the different committees have been working with great commitment I have the feeling that the IOC Executive Board has had a firm hand on the outcome of these committees work. Should this part of the process also have been more open?

Bigger IOC administration? As far as I read the 20+20 document the IOC are willing to take more of the economic burden in the Olympic bidding process and also be more flexible when evaluating the bid reports. For me this can only mean one thing: the organisational structure of the IOC will grow bigger and the cost of the IOC administration will increase. Furthermore, even if the Agenda 2020 suggests strict restrictions on the contact between Olympic bidders and the IOC, an increased involvement by the IOC to help bidding candidates to put together a suitable and affordable bid, can paradoxically increase the contact between bidding committees and the IOC. When we also know that one of the recommendations in the 20+20 is to invite cities to compete for hosting the Games I am a little vary that the intentions of being open and flexible in fact can open up for unwanted contact between bidders and decision makers in the time before the actual bid process starts. If so, the IOC will go in the wrong direction, despite good intentions.

West goes East. There is also another concern on the future hosting of the Games. The epicentre of international sports are going East, and the main idea behind the Agenda 2020 has been to make the Olympic Games still eatable for Western democracies. As long as the IOC don’t put a roof on total expenses for the Games the whole reform program will depend on the IOC members’ wish for low key and low budget Games and not on the will of the bidding cities. At the end of the day I fear that the IOC members always will go for the most spectacular project. Therefore it is not only necessary to reform processes, but also the interna culture of IOC. That may be the hardest reform project of all.

No selfie. When taking a break in the sun outside Grimaldi Forum and next to the Diego Maradona footprint at the Walk of Fame,I received a phone call from my daughter reporting from the swimming competition she and her brother is taking part in back in Norway. She could report that both of them had improved their records in many distances and that they were very happy about that. Simultaneously, IOC President Thomas Bach passed next to me together with his secretary. A professional journalist would certainly have jumped on to Thomas Bach and made him take a selfie together with you and asked him how much he likes Norway. I did not. My daughter had more to tell me about the progress of swimming in our family.

Most important. The following days will decide the future of the Olympic Movement for sons and daughters all over the world. When entering the podium Thomas Bach should bare in mind that these reforms are for the heroes of tomorrow and also that they are more important to the world of sport than him and the rest of the IOC. Even if it is hard to see here in Monaco.
Lagt inn av Andreas Selliaas kl. 17:12 1 kommentar: Linker til dette innlegget